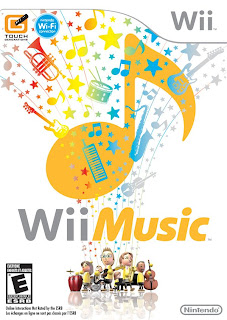 Nintendo's highly anticipated and oft-criticized new rhythm game (or maybe just music game) Wii Music, originally placed somewhere within the nebulous Q4 region of 2008, has been officially dated for October 20, 2008 according to a Nintendo press release. Unlike Guitar Hero and Rock Band, the game contains no competitive aspect.

Like Wii Sports and Wii Fit, Wii Music is all about the fun of the experience, so it allows players to ease along by simply controlling the tempo and style of their music rather than the notes. Naturally, this style of play has met with a harsh reaction from the gamer demographic. Also naturally, this game will sell like gangbusters. Sorry kiddos!