I’ve got to say, it’s an epic week for downloadable titles, a week worthy to follow in the wake of the truly epic Cho Aniki release a few weeks prior. While Mega Man 9 certainly steals the show on PSN and WiiWare – don’t worry XBLA yours is coming next week – there are still a plethora of interesting titles to behold from all the consoles. So lets just jump right in, we’ve got a lot to cover. 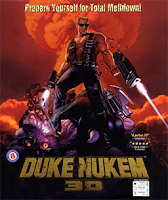 Duke Nukem 3D (XBLA, 800 Points): I remember playing this game as a kid on my Macintosh Performa 550 and it ran like an interactive slide show, clocking in at what seemed like 2 frames per second. Well now I’ve been given a second chance to chew ass and kick bubblegum – and I’m all outta’ ass – thanks to 3D Realms.

With all the great alien slaughtering of the original, 8 player co-op, and the ability to record in-game video, Duke Nukem 3D should help wet our appetites for both Duke Nukem Forever and the unfortunate Duke Nukem movie.

Vectorman (VC, 800 Points): Released back in 1995 by BlueSky Software for the Sega Genesis, Vectorman was sort of Sega’s answer to Nintendo’s Donkey Kong Country as they were both games that looked phenomenal at the time.

However, history has shown that it was Donkey Kong Country’s masterful level design that bumped this sleek, green robot from the spotlight. Vectorman would later make his return in Vectorman 2 a year later, but would then go dark soon after. For you long-time Genesis fans out there, this one’s for you.

Burnout (PSN, $29.99): As we reported back in August, the team at Criterion Games is bringing their open-world racing title, Burnout Paradise, to the digital distribution market via PSN. This announcement has cased a bit of a stir within the gaming press centered around that fact that if digital distribution such as this really begins to take hold then where does that leave outlets like GameStop who thrive on selling used games?

The release will also include, for free, all of the additional content that has been added to the game so far, including the motorcycles update that hit last week. Burnout Paradise is a title that has received a lot of mixed reactions for its non-linear take on racing, but no matter where you fall, for 30 bucks, you just can't pass this on up. 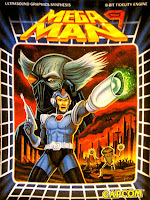 Mega Man 9 (WiiWare/PSN, 1,000 Points/$9.99): Time to step into the Way-Back Machine and revisit the late 1980s, when Mega Man 2 was on top – before it slid from grace into its cookie-cutter formula. Recapturing the 8-bit visuals, 8-bit music, and 8-bit grab you by the cohunes difficulty it what Capcom has been aspiring to with their latest true Mega Man release since Mega Man 8 on the PS1.

To those who step up to the challenge of Mega Man 9, you can expect a hardy portion of bottomless pits, spike traps, and Game Over screens to be sent your way. And with some planned DLC on the way, the pain just keeps on coming!