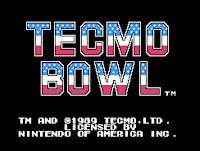 Last week, Square Enix announced that it was seeking a friendly takeover of troubled developer Tecmo. The takeover in question would have Square Enix buying up the majority of Tecmo’s stock at 30 percent above the August 28th closing price of $6.52 – which puts it at $8.80 per share. The takeover also comes with a deadline of September 4, 2008, at which time Tecmo will either merge with Square Enix or, if they deny, the company will withdraw its offer and will not seek a buyout.

In a press release by Square Enix the company reflected on the troubles surrounding developer Tecmo, stating that: “We…cannot be optimistic about the future of [Tecmo], given the current circumstances surrounding it...We are planning to position Tecmo as a wholly-owned subsidiary of Square Enix Holdings maintaining Tecmo's current organization and brand as in the cases of Square Enix and Taito.”

While this news might come to some as a surprise, know that Square Enix president Yoichi Wada has been in discussion with both Tecmo’s former and current presidents about this merger since May.