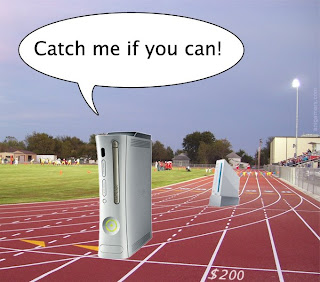 After months of anticipation from analysts, internet pundits (i.e. us), and bargain-searching parents, Microsoft finally announced a price drop for the Xbox 360 which went active as of September 5, according to an official press release. The main focus was of course on the lowest-priced Xbox SKU, the Arcade, which aims to bring casual and family gamers into the Xbox 360 fold (and, naturally, out of the Wii one).

Microsoft's Interactive Entertainment Business senior vice president Don Mattrick made it clear in the press release that the Arcade price drop is a direct stab at Nintendo's Wii sales, saying with pride that Microsoft is "thrilled to be the first next-generation console on the market to reach $199[.]"