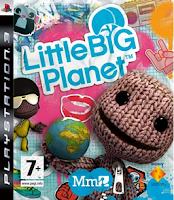 In an interview with CVG, Pete Smith, producer of the upcoming Little Big Planet, revealed that he and the rest of development team Media Molecule would be watching the community closely with the intent of possibly hiring creative level designers. In the interview, Smith addresses concerns that if Media Molecule were to recruit someone from the community that their creations would suddenly have a price tag on them. Smith explains that "If a user becomes known as being great at making levels, I can't say we wouldn't but I don't think we'd want to take his level and then charge people for it, because it's free - that's the whole premise of the game."

Smith then goes on to offer an alternative solution, stating "I think if we were going to do that we'd rather get the top ten guys and commission them to make some amazing stuff for us.” He then adds “We'll be watching [the community] closely, because it'll be a great way for us to recruit great new designers." So there you have it folks. Think you’ve got what it takes to impress the boys and girls at Media Molecule? I guess you’ll just have to wait and see when Little Big Planet hits retail later this year.