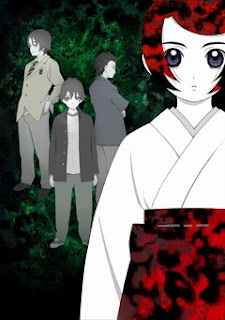 Here we are at episode five already! Tune in this episode to hear Karl "Uncle Yo" Custer and I ramble aimlessly about the recent psychological drama anime Ghost Hound, Production I.G.'s 20th Anniversary project. We've got the Links of the Day segment thrown in at the end there, but What'cha Been Doing is M.I.A. for this episode. FYI, the audio balancing on this episode is probably going to be criminally off thanks to tech problems with Karl's new mic.

Oh, and check us out at New York Anime Festival. Karl and I will be rocking the podcast gig at his artist's alley table, so you pretty much need to come say hi and bring meaning to our purposeless lives.

[0:00:05] Evan's little pre-show message about audio quality and other mixups.

[0:00:55] Karl and Evan get right into the Ghost Hound review, forgetting about "What'cha Been Doing" and all that other stuff. Whatever.

[0:18:58] There's a jump here because we stopped and re-recorded. Karl's mic was being crappy and Evan couldn't hear him all the time. We (sort of) fixed it after this point.

[0:44:45] Now we move on to animation and sound, the most impressive parts of Ghost Hound.

[1:16:21] Plug time for the New York Anime Festival. Karl and I will be battling with the forces of anime fandom at his artist's alley table, complete with press badge and podcast recording equipment. Come say hello!