This week, boys and girls, I think there’s something out there that we can all get excited about. The NES classic Bionic Commando lives again on the PS3 and 360 - although one version might just be a cut above the other. Those looking to get a taste of Fable II can also check out Pub Games and twiddle away their money before the game even starts. Then, on the Wii, we see the release of two TurboGrafx16 titles that nobody has ever played along with the first episode of Strong Bad's new adventure game. Enjoy!

Bionic Commando: Rearmed (XBLA, 800 Points): All right kids, put away your Lost Planets and your Spider-Man 2’s, because the undisputed grappling hook master is back. Originally released for the NES back in 1988, this remake promises to expand upon everything we know and love about Bionic Commando while also throwing in a graphics overhaul and some multiplayer to boot (though, we did lose the exploding Hitler head).

Fable II Pub Games (XBLA, 800 Points): As I reported earlier this week, Pub Games is a collection of parlor games set in the universe of Fable II. In this medieval casino players will be able to gamble away their money and, if they're lucky, will end up having a nice chunk of change to use when they start up their character in Fable II.

Star Parodier (VC, 900 Points): This shoot’em up from Hudson Soft is meant to be a parody of their Star Soldier series and was released back in 1992 for the TurboGrafx16 CD-ROM. Featuring a humble cast of Bomberman, Paroceaser, and PC-Engine (get it?), this title isn’t meant to be nearly as challenging a title as the one it’s mocking. Star Parodier has also enjoyed some critical acclaim since its VC debut, however this is one that I would have to try before I made a purchase. 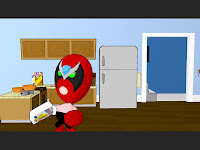 Strong Bad Episode 1: Homestar Ruiner (WiiWare, 1,000 Points): here is a title that has two strong points going for it: it’s developed by Telltale Games (Sam & Max), and is based on the popular Homestar Runner flash series. And as you might have guessed from the title it’s just the first episode in what looks to be a long line of point-and-click adventure games for the Wii and PC. 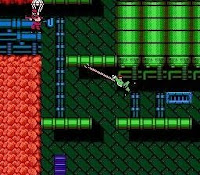 Bionic Commando: Rearmed (PSN, $9.99): just like XBLA, PSN is also getting this remake of the old NES classic – but with a few extra twists. First, the Playstation’s d-pad is the superior d-pad – having four separate directions instead of one big button means more precision. Second, there’s remote-play for Bionic Commando action on the go, if you have that kind of money. Third, there will be achievements trophies added on in a latter patch, so don’t worry.