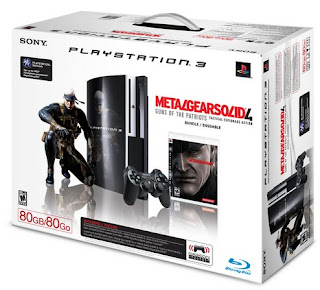 Ever since its release, skepticism has shrouded Sony’s PS3 and the viability of its Blu-ray drive. The Blu-ray format is essentially the evolution of today’s DVD. With high definition televisions rapidly becoming standard in many of today’s households, the demand for HD movies and games has increased as well. Media that is displayed in high definition requires a much higher storage capacity in order to be contained on a single disc. This is essentially where the difference between Blu-ray and DVD can be found. A standard dual-layer DVD can hold approximately 8.7 GB of data while a Blu-ray can hold about 50 GB. While there is no doubt a substantial difference between the two formats, we find ourselves questioning the necessity of so much space on a single disc.

Let’s take a look at Grand Theft Auto 4, an ambitiously large game that runs flawlessly on both DVD and Blu-ray formats. When looking at such an enormous game that comfortably fits on a single DVD, one begins to wonder if additional space is needed. After all, do gamers really need games larger than GTA4?

With that in mind let’s consider the PS3’s flagship game, Metal Gear Solid 4. According to game developer Hideo Kojima, MGS4 fills up an entire Blu-ray disc. That means it would require nearly 6 DVDs to run on the Xbox 360, which unlike the PS3 contains only a standard DVD drive. A game like Metal Gear Solid 4 requires such a large data capacity because of the cinematic experience it seeks to provide. Containing over 10 hours of cutscenes and one of the most technically impressive visual and audio performances to date, it is no surprise Kojima needed all 50 GB of data.

Another, more recent game that makes use of the storage capacity of Sony’s Blu-ray format is Rage, an upcoming title by id Software. According to company spokesman John Carmack, the Xbox 360 version of the game will require 3 DVDs while the PS3’s single Blu-ray disc will suffice. The clincher here is that the production of three discs will require a “royalty fee” that id Software is unwilling to pay. As a result, the Xbox 360 version must be compressed into 2 discs, resulting in a version inferior to the PS3.

This increasing need for Blu-ray has not only been apparent within the gaming realm. The triumph of Blu-ray over HD DVD has been a huge win for Sony and the PS3. With the high definition video format in their back pocket, Sony’s console has become more appealing than ever. As the bar for quality rises among both games and movies, the demand for more storage capacity will continue to increase, making Sony’s console much more “future proof” than the competition.

So while it may not be immediately apparent that Blu-ray is a necessary format, down the road the quality of games will undoubtedly increase – along with their data size. While Microsoft provides an experience that caters to the public’s current expectations, Sony works to push the envelope further and deliver what gamers want for the future.

The original PlayStation introduced the CD format into the gaming world and became the highest selling console of its generation. Likewise, its successor the PS2 trounced its competition by being the first to utilize the DVD format. This time around the format of choice is Blu-ray and if Sony plays their cards right, history is destined to repeat itself.