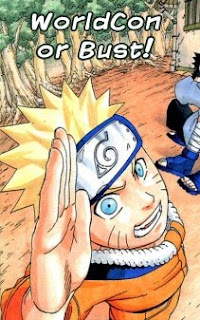 Earlier this month, the World Science Fiction Society (WSFS) moved to add a category for "Best Graphic Story" in the prestigious Hugo Awards. Because this decision must be ratified before it can be officially put into action, the earliest we will see this new category as part of the Hugo Awards will be 2010. However, the Montreal Worldcon (a.k.a. Anticipation) has a right to add one temporary category, so they have decided to include this "Best Graphic Story" category.

Eligible entries include "any science fiction or fantasy stor[ies] told in graphic form appearing for the first time in the previous calendar year." Naturally, that includes manga as well as American comics, so we can all hope for manga to start getting real recognition from the WSFS when Anticipation is held next year in Montreal.