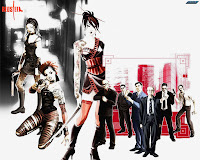 In an interview with Gamesindustry.biz, Ubisoft’s Alain Corre revealed that the next Red Steel title is already in development and will make use of Nintendo’s new Wii MotionPlus add-on.

"Red Steel 2 has been in development for many months now, and [Wii MotionPlus] will help us be even more precise in what we do with the product. The Red Steel brand is strong - I think we released it on year one, and that people understood that it was a first try on new technology, technology that wasn't completely finished."

The Wii MotionPlus is a device which has caused quite a stir since its announcement at E3. It remains to be seen whether Nintendo’s latest peripheral will become the new standard for Wii owners, or if this device will segment the marketplace and place an unneeded strain on third party developers. Ubisoft seems to have cast their vote, now we shall wait and see.