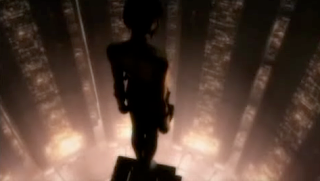 Mamoru Oshii's 1995 critically-acclaimed anime adaptation of Masamune Shirow's famous manga Ghost in the Shell will return to Japanese theaters on July 12, in a newly-dubbed, digitally-remastered version. Soundtrack editing will be done by Oscar-winner Randy Thom, and general sound editing will be produced by Skywalker Studios. Most of the original (Japanese) voice actors will reprise their roles, though the mysterious "Puppetmaster" will be redubbed. Most importantly for many fans, this new version will also feature brand-new CGI animation in some scenes, produced by Ghost in the Shell mainstays Production I.G.

In a clear move to cash in on both titles, Ghost in the Shell 2.0 (as it is being called) will release almost a month before Mamoru Oshii's newest feature film: The Sky Crawlers. A trailer for 2.0 can be found HERE.

Ghost in the Shell seems to be experiencing a revival of sorts, what with the success of spin-off series Stand Alone Complex on Cartoon Network's Adult Swim block and Dreamworks and Steven Spielberg's recent announcement of a CGI adaptation of the manga. It also seems like digitally-remastering your old anime is all the rage over in Japan right now. Theatergoers in the Land of the Rising Sun are now gearing up for three more editions of Gainax's Rebuild of Evangelion, as well as Ghost in the Shell 2.0. Who knows what is next... I for one am certainly not making any premature assumptions... *cough* Akira *cough*