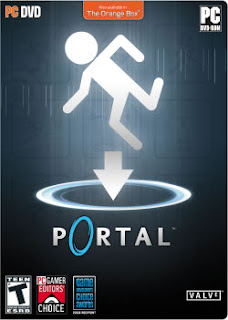 Very huge disappointment, in my opinion -- not to mention how big of a Portal enthusiast I was before it was released. We all knew that a Portal 2 was coming. Well, for those of us who played it and enjoyed it enough to desire more of it. But, in fact, that's so very wrong. According to a Eurogamer interview with Valve's Doug Lombardi, there will be no new Portal 2 this year. He states that he wants Portal's sequel to be equally as revolutionary and innovative as the original, rather than making an equally small one.

On one side, I'm pretty sad to not see a new one coming out this year (especially at the first/second quarter of the year). But on the other hand, I'm thrilled to see that Valve's Portal development team isn't allowing us the pleasure of instant gratification with small sequels, and providing a [hopefully] larger one with more ideas and brainteasers. I'm fine with seeing it release early 2009, but if it nears 2010, I'm going nuts.