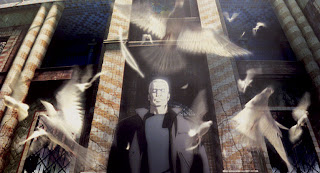 Well, as it goes for any good anime movie released in America, otakus have found something wrong with the release. This prompts other companies to take the opportunity to ride the beaten horse for another round. Bandai Entertainment, while undergoing site maintenance, released the news that they would be handling a dub of Ghost in the Shell 2: Innocence, previously released by Dreamworks. It will feature a brand-new voice cast, proper subtitling (which was a major issue with the previous release), and the biggest news is that it will be also released on Blu-Ray. Quite exciting! Now you can watch anime on that PS3 of yours in slightly better quality! That's sure to give some people closure for buying it! No other details have been released at this time, but news will be posted as it comes.