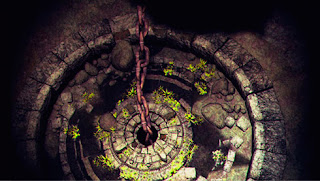 Team ICO, the brilliant game designers behind the hit PS2 game Shadow of the Colossus, has been hinting at a third game for months now, and yesterday they released the first screenshot from their newest title, dubbed "ICO 3" by the developers.

While this mysterious chain shows next to nothing about what the game will be like, it establishes (not unexpectedly) that the game will follow in the visual footsteps of its predecessors. Before anyone asks, yes, it is a PS3 exclusive.

I'm not sure about this though. If I'm not mistaken, 2K Games already made a game about the Great Chain.
[via Joystiq]