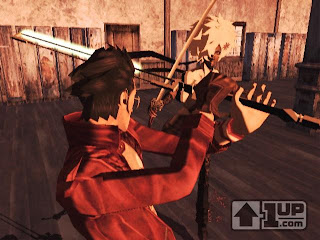 It seems that Suda 51 really likes his new Wii game. You know, that one with a conspicuous lack of heroes. The eclectic Killer7 developer recently stated in an interview that he is already very interested in creating a sequel to his new Wii-exclusive title No More Heroes.


“Actually, I’m really willing to make a sequel version–and right now I’m asking if it can be made…I think No More Heroes is a great game, there’s no other action game like it for the Wii. If it was a band, it would be really energetic, like the Arctic Monkeys.”

The game releases today, for any Brawl-withdrawn Wii owners interested in something other than planet-hopping plumbers and cybersuit-wearing bounty hunters.
[via GoNintendo]