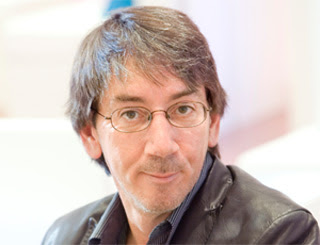 In an interview with the UK's Guardian, Will Wright (creator of The Sims and the ambitious, soon-to-be-released Spore) made a bold claim about Nintendo's bestselling Wii console. In addition to some quite interesting comments on the state of the gaming industry and his opinions on video game violence and education in games, Wright talked about what next-gen meant.

"The only next gen system I've seen is the Wii – the PS3 and the Xbox 360 feel like better versions of the last, but pretty much the same game with incremental improvement. But the Wii feels like a major jump – not that the graphics are more powerful, but that it hits a completely different demographic. In some sense I see the Wii as the most significant thing that's happened, at least on the console side, in quite a while.

This is the sort of strange dichotomy we are constantly seeing with game developers' opinions on the Wii. When Spore developers are throwing around claims of duct-taped Gamecubes, its startling to see the game's director telling people that he thinks the Wii is more important than the PS3 or Xbox 360. It seems however, that almost everyone who has an opinion on the Wii, from the gamers to the game developers, has a strong opinion on it. Either they love it or they hate it.

I personally agree with Wright's statement. I own both a Wii and an Xbox 360, so I've got a bit of perspective on it. While the 360 is great, and I still love to play it (as I would love to play a PS3 if I had one), I feel that the Wii has been a much more unique experience than anything I've played on 360. The Wii doesn't have many games right now, but its ability to bring in casual and non-gamers, and its new way of controlling games, makes for a potentially industry-changing console.

While Wright's comments on the Wii were the most newsworthy, he also made some very insightful comments on his opinion of how the gaming industry needs to evolve, how education can be integrated into games, and his philosophy when it comes to game design. It's a really good read, even if you want to throw your SIXAXIS at Wright's face and then chainsaw him to death Gears-style for his mortal insults.