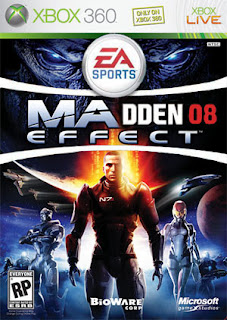 Massive game publisher Electronic Arts announced on October 11th plans to purchase VG Holding Corp., the company that owns both BioWare Corp. and Pandemic Studios. This assimilates BioWare, which is currently working on the highly-anticipated Xbox 360 exclusive RPG/Action game Mass Effect, and Pandemic, which is currently working on Mercenaries 2, into the EA developer's structure.

According to EA and Microsoft, Microsoft Game Studios will still publish Mass Effect exclusively on the 360, but the franchise, which was previously owned by BioWare, will now be owned by EA. This means that EA can conceivably publish any possible sequels to Mass Effect on multiple consoles, though the publisher has stated that they have no current plans to take Mass Effect beyond the Xbox 360. In addition, both BioWare and Pandemic will now publish under EA's "EA Games" label. Finally. EA plans to publish BioWare's mysterious MMO project within a general 2011 time window.

Electronic Arts held a conference call on Thursday discussing the acquisition, claiming that the move was "mutually beneficial" for all parties. EA CEO John Riccitiello said that EA can "reach places where [BioWare and Pandemic] don't get to so we can build their properties bigger," also admitting that action and RPG games are not EA's specialty, so these new developers would broaden their focus.

The gaming community (myself among it) was shocked and angered by this news. EA is notorious among gamers for caring more about making money than making good games. While the acquisition of BioWare could theoretically help improve EA's reputation, the most likely effect of this change will be for BioWare's talent to leave, giving EA just the BioWare name and the Mass Effect IP. Ironically, this saddening news comes just days after Bungie announced their independence from Microsoft.

Enjoy Mass Effect, gamers, because that will be BioWare's last hurrah in their current independent form.
[via Joystiq]