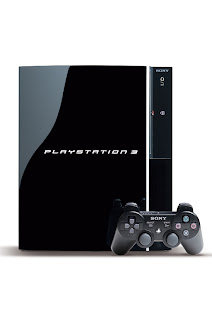 The highly-rumored 40 Gigabyte Playstation 3 has finally been announced, though as of right now it is for Europe only. SCEE announced yesterday in a megaton press release that the 40GB PS3 will launch on October 10 (or 10 October if you Europeans want to get technical) in all European territories, at the "attractive price" of €399. Attractive indeed. However, the newest iteration of the console loses 2 of its 4 USB ports, the multi memory card slot, backwards compatibility with PS1 and PS2 games, and, in fact, 20 Gigabytes of hard drive space. (Who'd have thought?) Arguably, the new 80GB also loses backward compatibility, so that this one does as well shouldn't be too much of a surprise.

As for American gamers looking to get some game on with a new (and cheaper) Playstation 3, SCEA has not as of yet announced anything about an American release of this SKU. It's only a matter of time though, and most gamers are hoping for and predicting a $399 model, which would place the PS3 in a spot to finally compete with the Xbox 360 this holiday season.