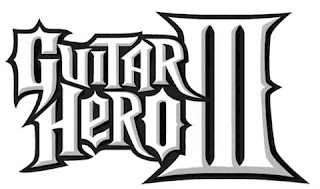 PC gamers, the final wall has been breached. Any arguments with your console-playing friends that ended in "At least I've got Guitar Hero" can be taken back. Any ones that ended with "I had sex with your girlfriend"... well, Aspyr, developers/publishers of Guitar Hero III, can't fix those ones. But hey, you'll be able to play Guitar Hero III on your PC or Mac this fall! With the possible DS version in the works, this means that Guitar Hero is officially a world superpower, seeing as it will release on all consoles but the PSP.

PC and Mac gamers will be able to play against each other online, and as Kotaku's Mike Fahey sugests, possibly settle the age-old Mac v. PC debate using the only thing that can truly decide it: Rock and Roll Combat. The release date has simply been stated as "this fall," begging the question of if it will release alongside its console counterparts on October 29.
[via Kotaku]