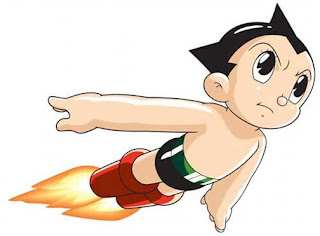 Astro Boy, Black Jack, and Phoenix, three classic anime series by the "grandfather of anime" Osamu Tezuka, have made their way to the iTunes Store, allowing anyone to buy them for $1.99 an episode or $9.99/$14.99/$29.99 (Phoenix/Black Jack/Astro Boy) a season. To clarify, Astro Boy is the 1980 52-episode remake, Black Jack is the 1993-2000 10-episode OVA, and Phoenix is the 2004 13-episode series. They are all dubbed only, and the movies Jungle Emperor Leo: The Movie (Kimba the White Lion) and eight of Osamu Tezuka's short experimental films will be released soon.

I'm pretty excited about this, and this might just convince me to finally buy anime from iTunes. While we only get dubbed versions, for those interested in seeing some classic Tezuka, a low price of admission like 10 or 15 dollars makes this an impulse buy.