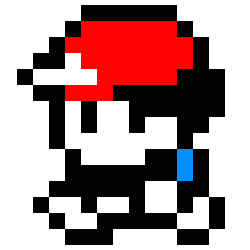 Alex Osborn Contributor
Having grown up playing copious amounts of Super Mario World and investing an embarrassing number of hours behind the TV watching Pokémon, Alex has an undying passion for anime and Japanese games. If you'd like to see more of his work outside his contributions to Ani-Gamers, you can head over to IGN, where he writes news and the occasional anime review. You can follow him on Twitter and check out his video content on YouTube.
View All Posts By Alex Osborn

ConnorCoon Gaming Reviewer
ConnerCoon has been hooked on video games ever since he got his first Nintendo game system at the tender age of five. Two decades, multiple gaming systems, and several attempts at a social life later, he's still fascinated, and probably always will be. Oh yeah, he developed a knack for writing somewhere along the way, too. With a special spot in his heart for RPGs and action-platformers, he's ready to let you know what he thinks about the latest games! ...And still has no social life.
View All Posts By ConnorCoon

Elliot Page Reviewer
A videogame, anime and manga enthusiast since he was a little'un, Elliot Page plays, watches and reads far too many things for his limited time and budget. Now, in an attempt to try and help others find the diamonds lying among so much mud (and also just to sound off) Elliot has turned to broadcasting his views on his beloved media to anyone who will listen. Elliot also co-hosts a weekly madcap videogame, technology and bear defense podcast at www.lukeandelliot.com, and is also trying to get his hands into the UK anime convention circuit!
View All Posts By Elliot Page

Evan Krell Reviewer
While you are playing the latest major titles, Evan Krell is more likely to be positioning his worm light to see the screen on his Pikachu Edition Game Boy Color. From playing the latest Japanese doujin releases to poorly translated localized shmups, Evan's taste has been referred to as "gloriously niche". In order to minimize confusion with the site's other "Evan", he is often called "Evan #2", "the less cool Evan", or simply by his twitter name, "BakaTanuki". He also spends too much time watching Japanese cartoons and has been known to "squeeee" equally for '80s and '90s mecha animation quality and those scary moé shows. Dashing and sophisticated, he is adored by fujoshi the world over.
View All Posts By Evan Krell

Kahuna Contributor
A former contributor to the blog, Kahuna mostly focused on offbeat gaming stories.
View All Posts By Kahuna

Kit Inaka Contributor
Chris Colalella (aka "Kit" or, in the case of Con Staff, "Goggles") is an Otaku of the Highest Caliber, in that he'll watch, read, or play anything that comes his way. He's watched everything from Gundam to Lucky Star and his watched series list is always growing. When he's not reviewing anime or video games, you can either finding him surfing the web, watching his favorite hometown sport teams, hosting his own UStream radio show, attending local anime cons, or playing some old school tabletop RPGs or CCGs.
View All Posts By Kit Inaka

Lwelyk Reviewer
Kyle LaCroix has a love of all things bad. His favorite movies include The Room and Troll 2, and he watched seasons 2-4 of Heroes just to make fun of them. One day, he made the mistake of attempting to merge this love with his other favorite hobby by playing Sonic the Hedgehog (2006). This left him bitter, jaded and immune to game quitting frustration — essentially a super hero, but less interesting. To test his powers, he played E.T. for the Atari 2600 and didn’t even break a sweat. This super power does not stop him from complaining about problems in other games, though, and he will do so at length if prompted. Still, he does enjoy many good video games, such as Shin Megami Tensei, Planescape: Torment, Yoshi’s Island, Hamtaro: Ham Hams Unite!, and many more. He is not fond of FPSs or the entire action-RPG subgenre, although some titles do surprise him every once in a while. Never ask him about Sonic the Hedgehog (2006).
View All Posts By Lwelyk

Maxwell Gaming Writer/Podcast Host
Maxwell has been a gaming enthusiast since the days of Sonic the Hedgehog 2 for the Genesis. While currently an advertising major, he has high hopes of writing professionally about this digital time waster we love so much. He considers himself an easy going guy and will try just about anything with an open mind. Most of his gaming time is split between the PC and 360, though he does enjoy all of the major consoles. His favorite genre would be either fighters or turn-based strategy titles, while conversely harboring a dislike for most MMORPGs.
View All Posts By Maxwell

Mehket Gaming Reviewer
Hayley Myer, a.k.a "Mehket," has played video games since she was three years old, starting out on the Sega Genesis with games like Crystal Ponies and the original Sonic. She began her writing career by posting Yu-Gi-Oh! fanfictions on various websites, working on her style and technique for several years. She then started a few of her own sites, trying her hand at both webpage design and writing reviews/short stories. She now spends her time playing mostly JRPGs and learning both Japanese and Chinese.
View All Posts By Mehket

MimixRose Anime/Manga Reviewer
Jessa has been an anime fan for 11 years, a cosplayer for 9 years, and a writer her entire life. Though her ambitions are more aimed at the Broadway stage, Anime is not just a hobby to her, it's like her second universe. She is an avid fan of shojo, but only if it meets her standards (which, let's face it, aren't very high when it comes to anime). Not only does she watch anime and write, she loves reading manga and gaming, her favorite games being Siren, Rule of Rose, and Silent Hill 2. She's always happy to listen to other people's suggestions and ideas, so don't let her crazy randomness scare you away from her. ^.^
View All Posts By MimixRose

Naitsu Gaming News Writer
Kevin, or Naitsu mostly contributes to the news section. He is most notable for his broad (and often strange) tastes and interests. For instance, he may be playing a game like Wario Ware: Smooth Moves as a morning game, and Gears of War as an afternoon game whilst listening to Justin Timberlake one minute, and Dying Fetus the next. He enjoys reading e-mails and talking to the community, so if you want to speak to him, he's all ears.
View All Posts By Naitsu

Phreak Contributor
Due to being torn between the love of games and anime Phreak spends a lot of his time playing catch up with anime. (His love for kicking others in the face usually beats out sitting down to watch a good anime.) An avid Hip-Hop listener who can't stand the word "bling," Phreak finds himself an outcast among his peers. His distaste for everything not him spills over quite frequently into rants of walking contradictions and paint-like splatters of random curse words that he may frequently have just made up. God save you if you read the words that come out of his brain.
View All Posts By Phreak

Sean Kim Copy Editor
Sean Kim has had a video game controller in his hands for as long as he can remember, and his passion for video games is only rivaled by his fascination with anime. His interests lie anywhere between Super Metriod and Team Fortress 2. When he’s not slaving away at an MMO or deteriorating his mind with some random anime, Sean learns to program and make video games, surfs the Internet, and listens to a varied selection of music.
View All Posts By Sean Kim

Tare Panda Contributor
One of The Oracle's friends, Tare Panda was an early contributor to Ani-Gamers, who officially resigned from his post on November 21, 2004.
View All Posts By Tare Panda

The Oracle Contributing Editor/Forum Admin
The Oracle who has helped organize and write Ani-Gamers since the old days when it was still called "Anime Paradise." His blogging career was mostly limited to the Dojo Day column, but he also made massive contributions to character bios, episode summaries, and the like in the old version of the site.
View All Posts By The Oracle

The RP Phantom Contributor/Forum Mod
Kevin (a.k.a. The RP Phantom) is a friend of Vampt Vo who has written a couple articles for the site and helped out with moderating the forums.
View All Posts By The RP Phantom

TPMX Contributor
Kevin Alvarez (TMPX) met Evan while working as the Media Manager for the latter's local anime club. Pretty soon, he was writing news articles and reviews for Ani-Gamers, providing a perspective on the more modern, moe-centered fanbase.
View All Posts By TPMX

Uncle Yo Contributing Editor
Karl "Uncle Yo" Custer is the Otaku world's self-proclaimed stand-up comedian, having performed and presented discussion panels at Katsucon, New York Anime Fest, AnimeNEXT and Otakon just to name a few. Through the gauntlet of Suncoast Video and bittorrents alike, Yo seeks to bring you honesty and compassion for both new and vintage anime alike. To check out further antics, visit www.uncleyo.com. Who knows, maybe you'll run into him at your very next convention.
View All Posts By Uncle Yo