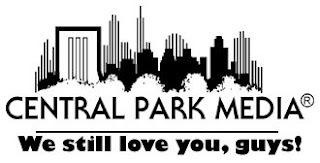 UPDATE: Some of this article was cut off by an HTML error when it was first published. Sorry, it's all good now.

It's been a while since the last time Central Park Media released something, and fans of the anime/manga distributor will have to wait a whole lot longer for their next release: forever in fact. The company, which was once the leader in promoting anime and manga properties in the United States, has filed for Chapter 7 Bankruptcy and has officially closed its doors, citing "assets of $126,282 vs. secured liabilities of $908,173 and unsecured liabilities of $277,531." This comes at a time when the entire American economy faces a slow but grueling contraction, and the anime industry has seen two former industry-leaders (Geneon and ADV) essentially dissolve.

Central Park Media (often simply called CPM) was founded in 1990 by John O'Donnell, and led the charge for anime distribution in America with such titles as Area 88, Here is Greenwood, M.D. Geist, Patalabor, Project A-Ko, Slayers, Urotsukidoji: Legend of the Overfiend. Many of these titles defined the anime market in America (for better or for worse), and created the fans that would later form anime clubs and conventions. M.D. Geist (whose mecha is responsible for CPM's "U.S. Manga Corps" logo) was one of the first anime that many fans saw, though its terrible quality has become a sort of in-joke among older fans. Urotsukidoji gained popularity through its controversial explicit content, and set the stage for anime being stereotyped as being "that hentai stuff". On the flipside, the American otaku culture today, which highly values light action and comedy series like Fullmetal Alchemist, spawned in part from CPM shows like Here is Greenwood, Project A-Ko, and Slayers.

Additionally, a significant number of people still working in the anime and manga industries have worked for CPM at one point or another. When Musicland (owners of Sam Goody and Suncoast) went bankrupt in 2006, CPM lost almost all of their retail presence, and the company was forced to lay off many of these folks, who have since spread out to other anime/manga distributors.

It is not only a terrible shame to finally see this former giant of the industry disappear – it also signals a significant danger for the anime and manga industries. Imagine the ideas running through a potential investor's head. Why would they possibly put any money into an anime distributor when about half of the industry has gone up in smoke over the course of a year? And if CPM – one of the guys who STARTED anime in America – couldn't even hold out for twenty years, why would an investor put any money into a similar company?

These sorts of problems are going to manifest soon, if they haven't already begun to, and distributors will find that one super-strong company (FUNimation) is not enough to keep an entire industry afloat. It remains to be seen if FUNimation will not only keep the industry alive, but also prove to outside observers that "anime = profit". For now, though, we wish all of the folks at Central Park Media the best of luck in finding new jobs. In an economy like this, they're sure gonna need it.

[via Anime News Network and ICv2]